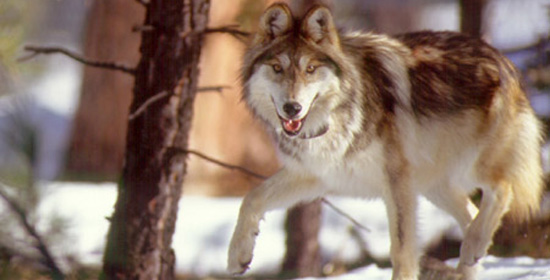 Management of the Mexican Wolf

WCC-1006 (2006-2011): This project brought scientists and managers together in a venue independent of agency or local politics. The group set  research priorities, enhanced the research needed for better management and recovery, and advised Mexican wolf management efforts based on the results of the latest research.

The management and recovery of the translocated Mexican wolf in Arizona and New Mexico is the responsibility of the U.S. Fish and Wildlife Service (FWS)   and state and tribal wildlife departments. Many of the  decisions made regarding wolf management and research  are guided—and often hampered—by politics. There is a   need for a research team independent of federal, state,  tribal, and local politics to be able to study Mexican wolves so that better and unbiased data can be collected to  enhance the data provided by state and federal biologists.  The Mexican wolf recovery program is one of the most  expensive in the U.S., and considerable data are still  needed so that informed recovery decisions can be made  with the best information available. Millions of dollars can be allocated elsewhere once successful recovery occurs.  The cooperation of this project’s independent group of  scientists will assist with the timely management and  recovery of this endangered wolf.

From 2006 to 2011, the project team met yearly. Participants included researchers and managers from  federal (U.S. FWS, U.S. Department of Agriculture, U.S.  Geological Survey) and state (Arizona Game and Fish  Department, New Mexico Department of Game and Fish) agencies, as well as universities (University of Arizona,  Texas Tech University, University of Montana). The  annual meetings fostered communication among agency managers and biologists and university researchers, all  working directly or indirectly with Mexican wolf recovery. The discussions allowed research priorities to be  developed in a more structured setting, with priorities  initiated by managers and conservation biologists and  relayed directly to researchers. At the last meeting, group  members initiated discussions about obtaining funds for  new research projects, because they see this as the most  effective way to add impact to what the team is already  doing. Such funding would be distributed by the team as  seed funds to new projects that address high-priority issues. The team believes that this will go far toward the goal of getting the wolf  delisted as an endangered species. 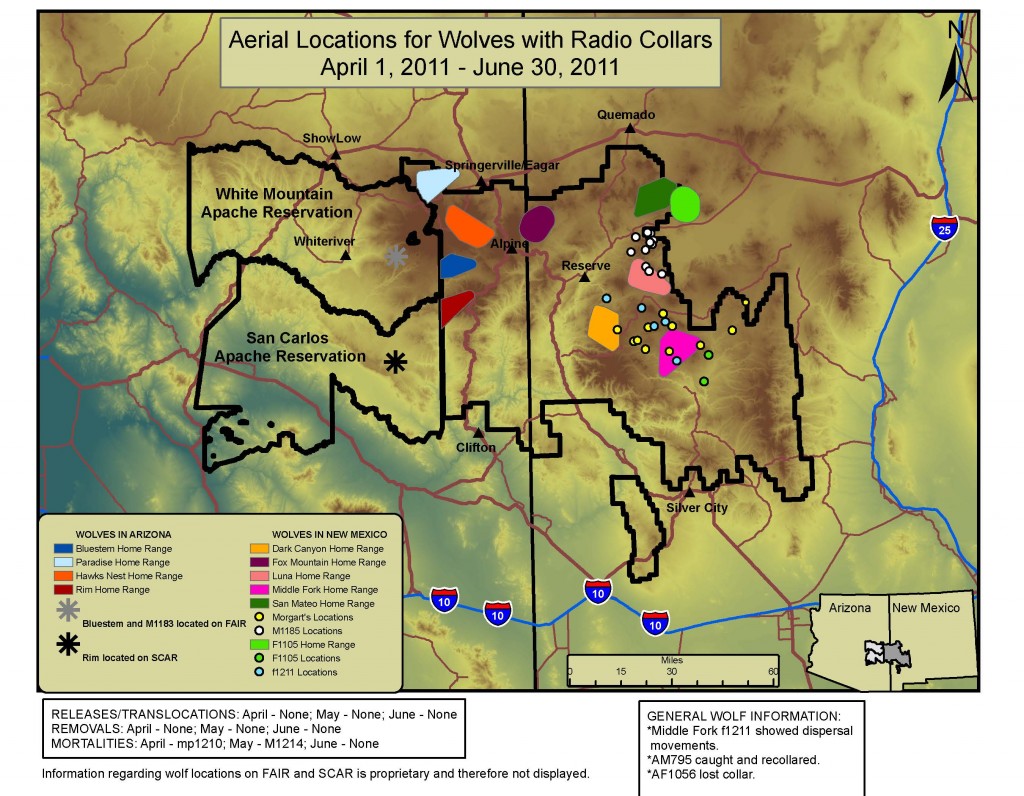 Scientists mapped the locations of radio-collared Mexican wolves from April to June, 2011. Map courtesy of the USFWS.

Continued coordination for Mexican wolf scientific research is needed, but for the impact of this team to be realized, some level of funding  needs to be available to the team (which represents a broad range of scientific and management expertise). These seed funds would be  disbursed by the team to new projects to address research interests identified by the scientific team as relevant to Mexican wolf recovery. In particular, research is needed on the low growth rate of the Mexican wolf population, which is the most significant issue currently  preventing full recovery of this species. This multistate team determined that pup recruitment was currently the best research avenue to  pursue. Pup recruitment research would attempt to assess why recruitment is poor, and it would attempt to improve recruitment.

This project was supported by the Multistate Research Fund (MRF) established in 1998 by the Agricultural Research, Extension, and  education Reform Act (an amendment to the Hatch Act of 1888) to encourage and enhance multistate, multidisciplinary research on critical  issues that have a national or regional priority. For more information, visit https://www.waaesd.org/.