WERA-099 (2006-2011): This project has facilitated discussions among researchers that have helped modify current breeding programs to make them more efficient, relevant,  and transferable to industry. 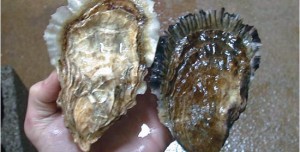 Clams and oysters are the most economically important groups of mollusks in the U.S. Total commercial landings of all clam species in  2004 were valued at $117 million. Commercial landings of Eastern oysters in 2004 were valued at $111 million, and production of Pacific  oysters on the West Coast in 2003 was valued at $63 million. Diseases and overfishing have contributed to major declines in the oyster  harvest on the Atlantic and Gulf Coasts. Although the Pacific oyster is not susceptible to major diseases, losses due to “summer mortality”  have caused considerable economic damage to the industry. WERA-099 provides a forum for U.S. and international molluscan geneticists,  physiologists, and pathologists to exchange ideas and information on genetics, reproduction, diseases, chromosome and genetic manipulation techniques, broodstock management, and breeding programs. This coordination allows researchers to reduce duplication of  efforts and costs; identify research needs for enhancement of commercial molluscan production through genetic improvement; evaluate  different approaches for restoration of depleted stocks of native oysters; and provide industry members with up-to-date research  information that will lead to optimal broodstock management and breeding programs to enhance commercial production nationwide.

This project has provided a forum for U.S. and international molluscan researchers to exchange ideas  and information. Discussions among project researchers have helped modify current breeding programs to make them more efficient. Proposal and research activities have been coordinated and  leveraged. International developments have been factored into U.S. efforts. For example, project researchers learned from international participants about strategies to transfer selected broodstock  information to industry.

What research is needed?
The USDA-NIFA funded West Coast Molluscan Broodstock Program has lost funding and will focus on transferring developed breeding technologies and improved broodstock to industry. The West Coast USDA-Agricultural Research Service oyster genetics program will revitalize its genetic research  efforts by developing direct partnerships with industry. These  partnerships will use mixed-family approaches to conduct more sophisticated experiments on larval traits under more relevant conditions. Better understanding of oyster RNA and genome should be used to develop high-density silicon chips  hat can be used to identify the presence of specific DNA sequences. In addition, testing sterile planted triploids for disease resistance, shelf life, hybrid vigor, and production improvement is needed and widespread water quality issues must be mitigated.

This project was supported by the Multistate Research Fund (MRF) established in 1998 by the Agricultural Research, Extension, and Education Reform Act (an amendment to the Hatch Act of 1888) to encourage and enhance multistate, multidisciplinary research on  critical issues that have a national or regional priority. For more information, visit https://www.waaesd.org/.

"https://t.co/em07X8JD79"
112 days ago
"RT @MRFImpacts: Rural America comprises 46 million people and 72% of the nation's land. In the last decade rural areas have seen major chan…"
over a year ago