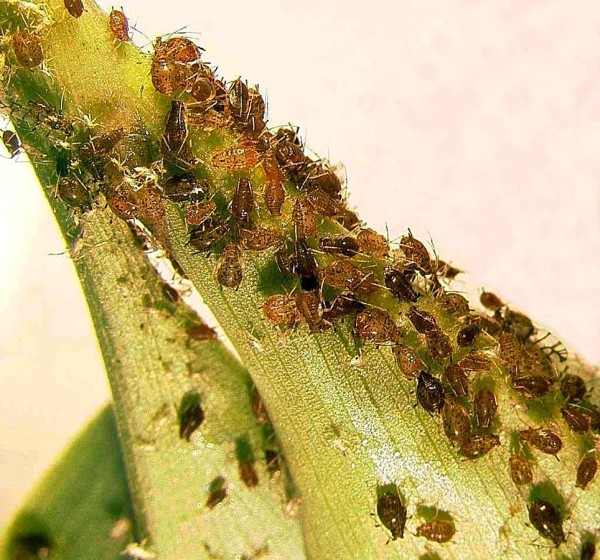 W-2185 (2007-2012): This project provided successful, cost-effective, and sustainable pest control in agricultural and natural settings by releasing, manipulating, and conserving the predators, parasites, and pathogens that attack harmful insect and weed pests.

Insect and weed pests cause serious damage to agricultural and natural areas, resulting in economic losses, environmental damage, and human health hazards. Pest populations are expanding and new pests continue to arrive in the western U.S. every year. Many of these pest populations have or will become permanently established. Growers often rely largely on chemical pesticides to control pests, but an integrated pest management (IPM) approach considers additional or alternative tactics to keep pest densities below levels that cause economic or environmental harm. One tactic is biological control, which uses native and foreign natural enemies (e.g., parasites, predators, and pathogens) to suppress pests. Biological control is a natural process, but can be enhanced by releasing natural enemies in a new area where a target pest  occurs, supplementing or manipulating natural enemies already present, and/or modifying  the environment to give existing natural enemies the upper hand. Biological control is a high-priority alternative because of the potential benefits to agriculture, rural communities, and consumers. Biological control allows farmers to reduce pesticide use and cut costs. Lower pesticide use also reduces risks of air, water, and soil contamination, thereby protecting the quality of life for farm workers, area residents, and native wildlife. This makes biological control a particularly useful option for organic farming, which continues to increase at roughly 20% per year in the U.S. Still, successful biological control has to overcome many challenges. To comply with federal regulations, scientists must carefully select the appropriate natural enemy species, so that they control the target pests but do not harm non-target species or the environment. In-depth studies and rigorous data are needed to support practical biological control recommendations. Furthermore, because target pests often occur in more than one state or area, research and biological control approaches must be highly coordinated.

The W-2185 project has formed a network for exchanging information, collaborating on research projects, and coordinating biological control efforts. W-2185 scientists have studied pests and their natural enemies in both their native habitats and the areas where they have been newly introduced. Based on this information, researchers have released a variety of predators, parasites, and pathogens that biologically control vine mealybug, red imported fire ant, Diaprepes root weevil, spotted knapweed, purple loosestrife, and other insect and weed pests. Scientists have developed standard procedures for raising, storing, and releasing natural enemies, as well as ways to genetically or physically enhance them. Scientists have also protected naturally occurring pest enemies by making changes to habitats and agricultural practices. To understand which methods are sustainable, the group has evaluated non-target environmental and economic impacts and has consistently monitored which efforts succeed and which ones fail. W-2185 publications, presentations, websites, and policy recommendations have provided government agencies, agriculture industries, and farmers with the latest news, findings, and recommendations.

Despite many advances in recent years, the understanding of success and failure in biological control efforts falls short of meeting certain current and future requirements. Ideally, scientists need to better predict the appropriate species or biotype(s) to release for control of a target pest in a given situation as well as potential environmental impacts resulting from the use of exotic species for biological control. Furthermore, conservation biological control requires detailed ecological understanding of the production system so that growers can be given very specific and practical advice on how to conserve existing beneficial species in that system.

This project was supported by the Multistate Research Fund (MRF) established in 1998 by the Agricultural Research, Extension, and Education Reform Act (an amendment to the Hatch Act of 1888) to encourage and enhance multistate, multidisciplinary research on critical issues that have a national or regional priority. For more information, visit https://www.waaesd.org/.

"https://t.co/em07X8JD79"
112 days ago
"RT @MRFImpacts: Rural America comprises 46 million people and 72% of the nation's land. In the last decade rural areas have seen major chan…"
over a year ago